Ben was born in Oxford, and grew up playing and singing through the Oxfordshire County Music Service and in his dad’s church choir. He went on to read music at the University of Birmingham (2016-19), studying conducting under Simon Halsey, Julian Wilkins, and Daniele Rosina, and directed many of the University’s choirs and instrumental ensembles throughout his years there, including two years with the 150-member Wind Band. During his time at university, he broadened his musical experience by working with as many musicians as possible, expanding his work as conductor, countertenor, and french horn player.

As a professional conductor and singer, Ben works with both vocal and instrumental ensembles across Oxfordshire and the West Midlands. He currently directs the Telford Orchestra, newChoir Oxford, the Wyre Forest Young Voices, and the Oxford University Press Choir. He recently took over as Musical Director of the Chipping Norton Choral Society and is delighted to be working with so many like-minded and interesting singers.

In 2021 he was selected for the National Youth Choirs of Great Britain’s Fellowship Scheme, led by Ben Parry and Ruth Evans. As well as working with all the ensembles in the organisation he also took part in masterclasses with musicians such as Voces8, Bob Chilcott, and Suzzie Vango.

Alongside his regular conducting engagements, Ben sings for the Birmingham Oratory, having previously been a Stipendiary Clerk at Magdalen College Oxford, and a Lay Clerk at Birmingham Cathedral and Coventry Cathedral. He is also a member of a The Acafellas, a barbershop quartet which he formed at university. He is regularly engaged as a soloist and as a guest conductor and enjoys teaching singing and brass to both children and adults.

In his own words:

“I believe that if you can speak, you can sing. The normal range people use when they speak, the dynamics (loud and soft) and the pitch modulation (high and low) are a sort of singing. It’s my job as a choral conductor to help people understand and enjoy using their voices, working together to create something magical! I love dissecting and explaining the music we sing, so that everyone can learn and appreciate how amazing it is what we do, even if they can’t read music. I think it’s so important for people to join in and give it a go – it’s such a lifechanging thing to be part of a choir.”

The Chipping Norton Choral Society rehearses on Wednesdays 7:30-9:30pm, currently in the Methodist church in Chippy, and afterwards go to the Chequers pub. If you have thought about singing and wonder how and where to start, pop into the pub after a rehearsal during our term time (see ‘Members’ on the website and click on ‘Rehearsals’). Ask any of the staff at the Chequers to point us out – they know us well.” 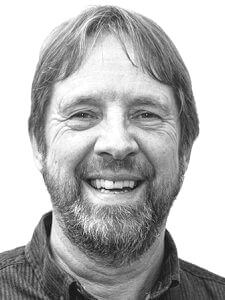 Peter is one of the UK’s most experienced choral trainers and conductors, having worked with a wide variety of singers and choral groups for over thirty five years. He is a freelance music educator, conductor and choir trainer and retired from a career in education in 2015. His last job was Deputy Head of Berkshire Maestros, an independent music service for the county of Berkshire, UK, where he specialised in leading singing projects in schools, conducting the Berkshire Youth Choirs and Early Years Music. He gained his B.A. in Music from Dartington College of Arts, and his teaching qualifications from the University of London. His long career in secondary education included being Head of Performing Arts at Chipping Norton School before focusing on choral education.

He is the inspiration behind the VOICEWORKS  series of handbooks for singing, published by Oxford University Press, UK, which has helped to transform singing for children and adults and choir leaders in many settings. He is the author or co-author of six of its titles and continues as the series editor. In 2005 he launched SONGSTREAM, a collection of arrangements for mixed voice young choirs with fellow English composer Bob Chilcott. He was also a regular workshop leader for Sing Up, the UK’s national singing campaign, and is much in demand as an adjudicator (particularly for the Chipping Norton Music Festival) and vocal clinician, both in the UK and overseas, with a great understanding of the techniques and skills required of young singers.

Peter has delivered workshops and keynote addresses to many conferences and gatherings around the world. In 2010 he lectured at the Texas Music Educators’ Association convention; in 2011 he toured Australia, delivering a keynote speech at Sounds Great in Melbourne; and in 2012 led workshops in Santa Fe, New Mexico. In 2015 he toured Canada, introducing the Voiceworks series at music conferences.

Since retiring Peter has started coaching adult singers and is in regular demand by choirs to lead workshops, helping them to develop their choral sound. He sings in the North Cotswold Chamber Choir and conducts the occasional concert.

Peter has conducted the Choral Society for twenty years, and is impressed with their attitude to trying adventurous programmes, and the enthusiasm for singing and hard work. The choir is testament to his belief that everyone can sing, and that given sufficient encouragement and strong leadership, ordinary people can truly achieve extraordinary things.