The forerunners of our Choral Society were the Stour Choral Union. Their mission was –

“The promotion of part-singing in the Country Districts”

The language might seem a little quaint now, but the promotion of part-singing is what CNCS is doing today.

“I joined the new Choral Society for a start. We met weekly at first…never dreaming we’d eventually make it via Chippy Town Hall to the Albert Hall, and third among the winners. I were too keyed up to remember much about that famous outing.”
– Mont (Montague) Abbott, 1923
From lifting the Latch’ by Sheila Stewart, published OUP 1987.

“I first sang in public when I was seven. Fifty-seven years later I sang again, this time with 80 others, in St Mary’s Church Chipping Norton: The Bach B minor mass. Singing with CNCS was and remains a transformative experience.”
– New member, 2017 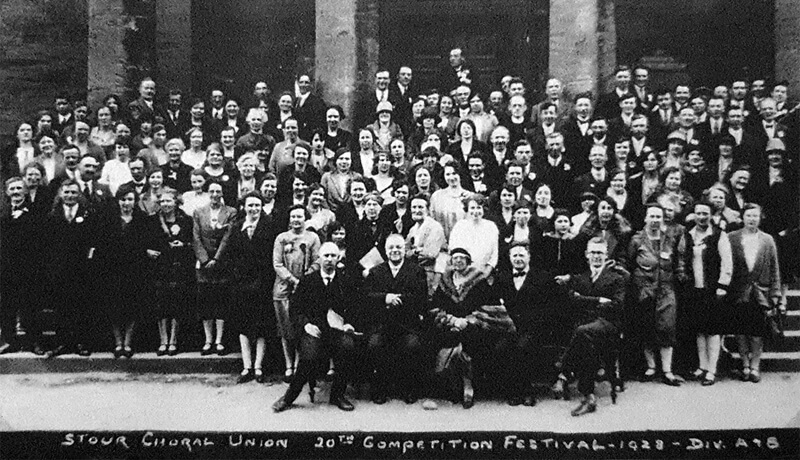 ← Accompanist
How to Find Us →